Designer Joey Roth is blessed/cursed with the sort of inquisitive mind that is never satisfied with good enough. Through his work he’s delved into depths of the audiophile and explored the earthly delights of the home gardener. What we definitely know is the man has an appreciation for rituals…and a good cup of coffee or tea. Which all explains why Roth has recently dedicated his efforts into designing Osma, a portable coffee making device engineered to speed up the process of making cold brew so the drinker has more time to dedicate to enjoying the flavor. 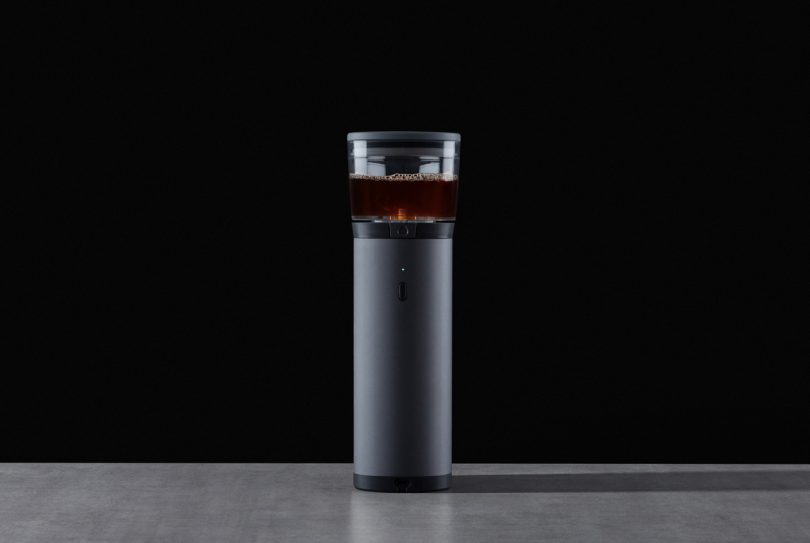 Roth spoke with us recently after sending us a nearly finalized demo model to experience Osma firsthand, both to instruct our first few servings, but also to illuminate us about the impetus for designing such a specialized coffee preparation device.

While the Osma does prepare cold brew coffee quickly – a 60-120 second process – expediting coffee preparation was only partially the impetus for developing the device: “I really wanted to design something that could prepare cold brew quickly,” says Ross, “But also coax out all the subtle flavors often lost using other extraction methods.” 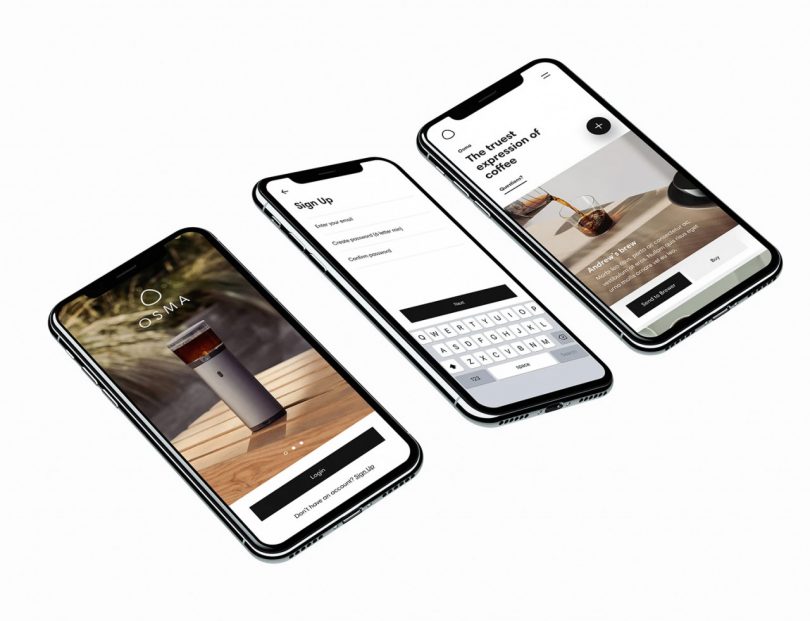 An iOS Osma app connects via Bluetooth, allowing users to fine tune brews according to their preferences, alongside shop for new capsules. 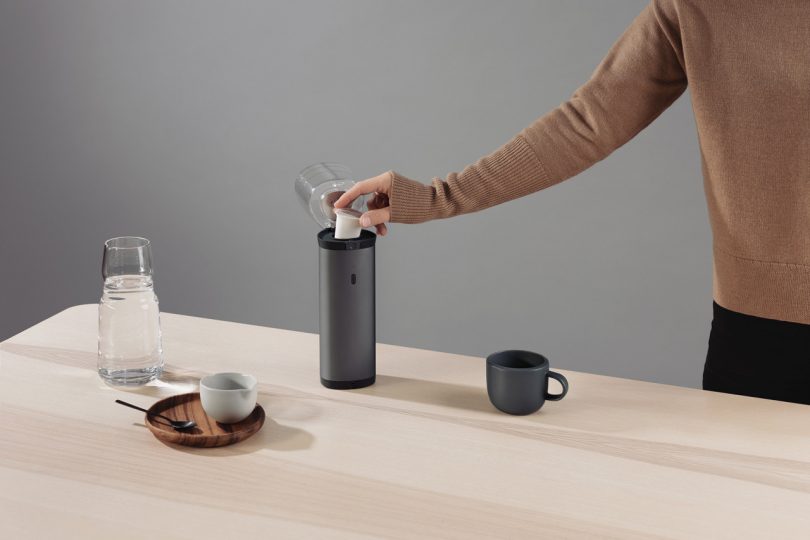 The Osma’s subtle triangular industrial design has the appearance of stocky sous vide wand, a capsule-based system topped with a clear brewing chamber for liquids and a lone button for operating the extraction process. Three-quarters of the Osma’s aluminum-sheathed length hides the componentry dedicated to pressurizing, immersing, and circulating water with coffee, tea leaves, or just about any other dried plant material to extract chemical and flavor compounds without damaging them. 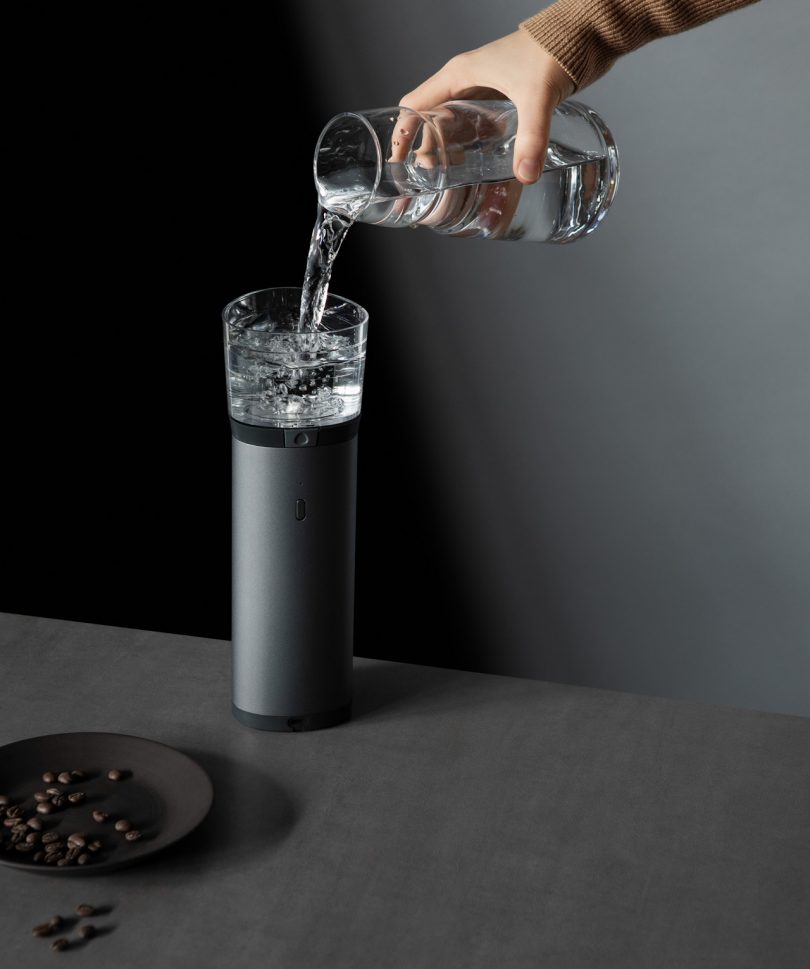 The Osma is good for about 20 preparations before recharging is required using a USB-C cable.

Using the Osma is as simple as popping in a pre-filled or user-prepared capsule, closing the compartment, filling the brewing chamber with either hot or cold water, securing the lid and pressing a button. After a short time of bubbling and gurgle action, the drink is ready to pour. The results can vary depending upon the roast introduced, but what we immediately noticed is the Osma did in fact reveal a spectrum of flavor and aroma masked or destroyed while preparing a pour-over or using the combination of high pressure and heat of a dedicated espresso machine. 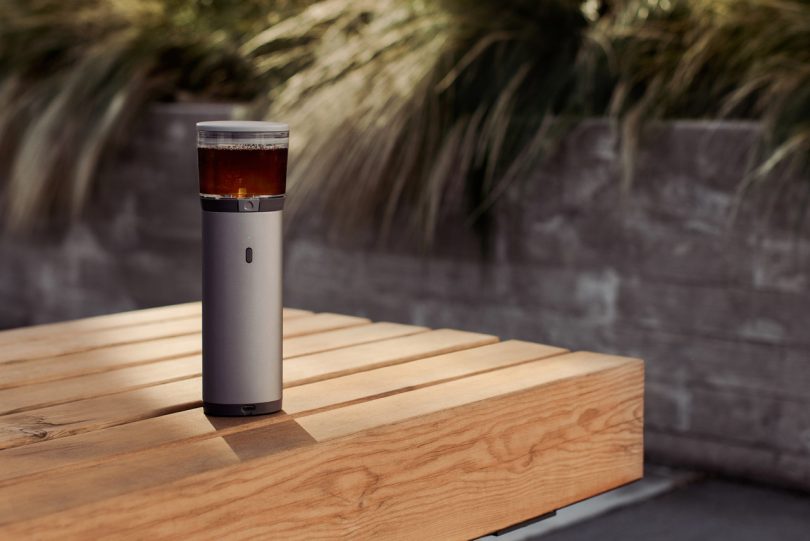 Our medium roast sample prepared with ice water took on the characteristics of a roasted barley tea – a beverage we often enjoy during summer – with coffee’s characteristic bitterness stepping aside to permit nuttier and even honeyed notes to reveal themselves with each sip. 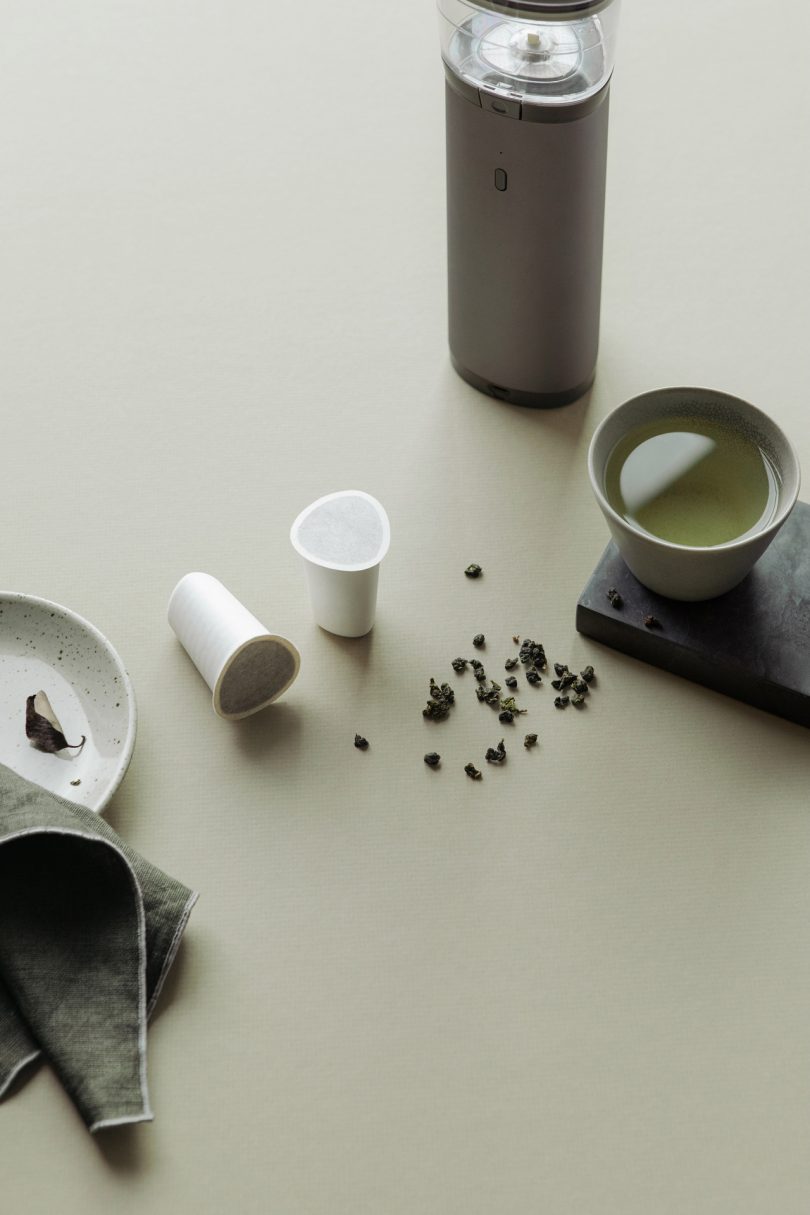 Perhaps even more interesting is Osma can be used to extract flavors from dried tea leaves, herbs and botanicals; sparkling water can also be infused. Osma is currently collaborating with a mixologist to explore further possibilities of using the device for non-alcoholic cocktails.

While the Osma does require the use of capsules (Osma sells both pre-filled capsules filled with grounds sourced from Chromatic Coffee and empty capsules for users to prepare themselves), Ross notes each capsule is 100% compostable with a biodegradeable shear sheath top and without any of the plastic that makes big name capsule machines a detriment to the environment. 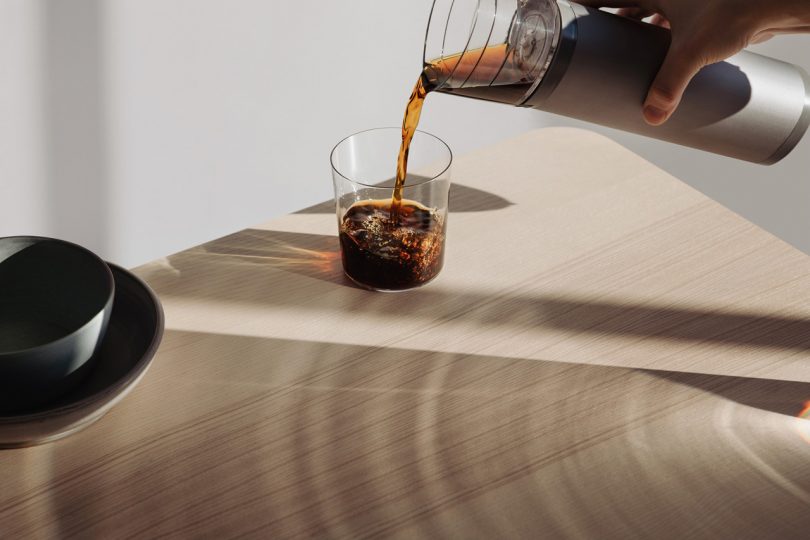 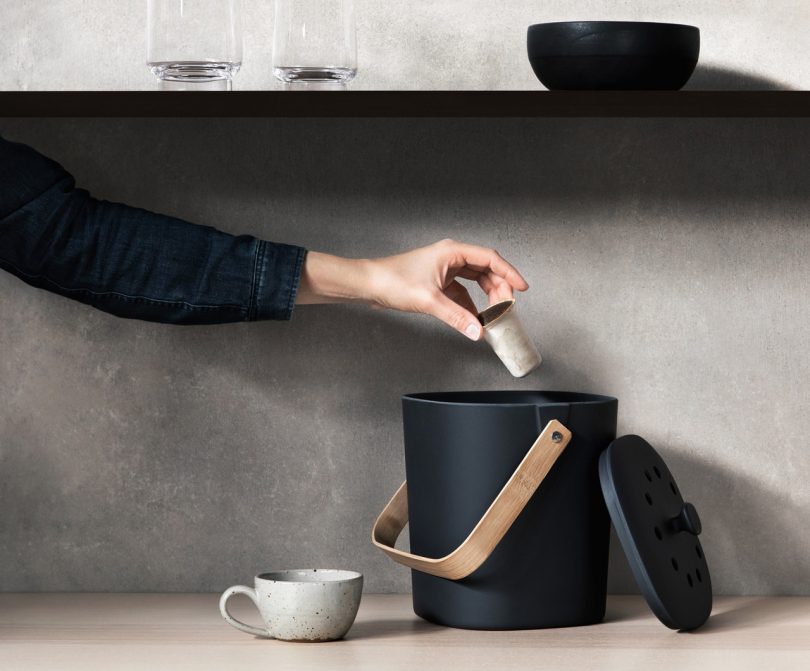 Ross recognizes Osma isn’t for everyone – definitely not the typical “I need my hit of caffeine drinker. But for the coffee connoisseur prone to using lingo like “dialing in flavor”, alongside other tinkerers of taste, the device may find a new impassioned following.

Osma is currently available for $185 over at drinkosma.com.